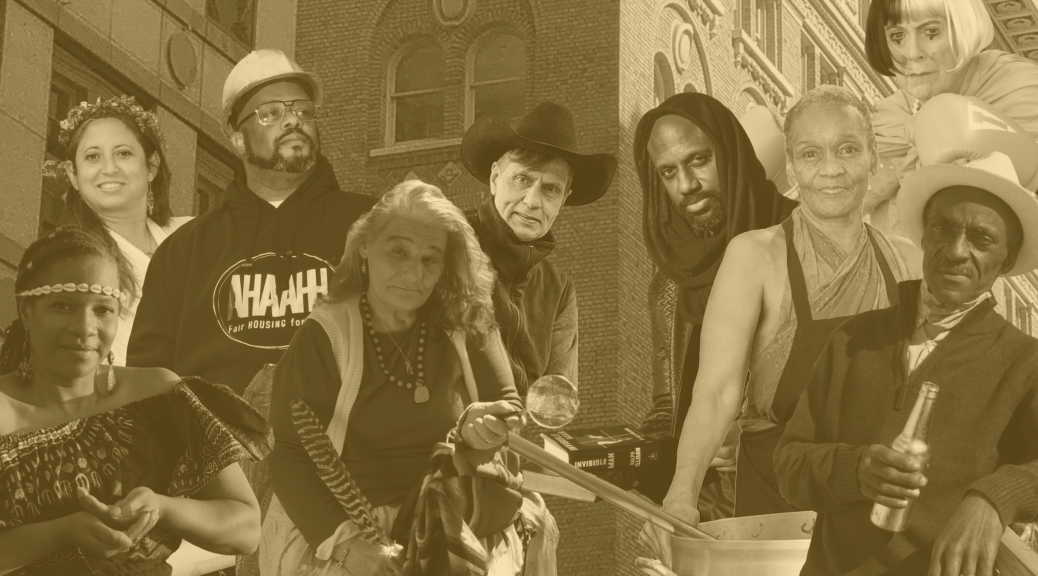 A site specific performance exploring imagination as resistance, featuring Tenderloin residents as they embody their most glorious selves.

Join us for an inspiring weekend of vivid and radical performance!

All events are free and open to the public.
Performances will be one hour long.

Saturday’s performance will include ASL interpretation

More about the project:

Using spoken word, dance, music, and photography, the Skywatchers Ensemble will disentangle opulence from its material, hierarchical, and colonial associations, reimagining what is truly opulent and allowing it to guide us towards new ways of thinking and being. Learning from the underground queer ball culture that claimed opulence as a language of liberation and resistance as early as the turn of the 20th century, and finding inspiration in the networked connectivity of trees and mycelium as well as the improbable metamorphosis of the caterpillar, Skywatchers will ask what an opulence of interdependence demands of us all.

So many Tenderloin neighbors do not have their most essential needs met, whether clean water or primary healthcare. In this context, Skywatchers’ Towards Opulence emerged from ensemble discussions about imagination as a tool of radical resistance and revolution. This season’s festival invites us to dream of our most fulfilled futures, individually and collectively claiming the most glorious expressions of our humanity beyond the limited goal of mere survival. This season is part one of Towards Opulence. Be a part of this ongoing work. Look out next spring for Towards Opulence: The Opera!